The past three years were quite an ascent for Melvin Guirhem. He won Grand Prize at the Philippine Art Awards in 2020. He was featured in the Karen H. Montinola Selection at the Art Fair Philippines 2022. And a series of solo exhibitions at Eskinita Art Gallery from 2021 to 2022. Despite the busy years, Guirhem found time to share his home with his fellow artists.

Weaving stories of his family

Guirhem started painting in 1999 while studying architecture at the University of San Agustin. He has undergone many experiments before he arrived at the technique and aesthetics that is present in his recent works. This involved contemplating an object’s value and the object’s disposal. He started using thread and fabric in his artwork, taking inspiration from his grandmother who was a sastre and bordadera. It was during the height of the ukay-ukay trend when stalls started emerging in every public market and street corner when Guirhem started noticing the patterns and the quality of fabric. At this point, he was also looking for an element that seemed to be wanting in his paintings. Guirhem started stitching the fabrics into his paintings yet kept the artworks to himself until his solo exhibition “Diminishing Thumbmark” at the UPV Art Gallery in 2017.

Perhaps what propelled Guirhem’s art practice to the audience was his artwork “Failed Reconciliation”, a tapestry about familial conflicts, his winning piece in Philippine Art Awards. After his win, Guirhem continued sewing stories through his tapestries and mounted solo exhibitions in Manila. Apparent in his artworks is his mastery of the materiality of his medium, and his confidence in his own composition (producing stitches with no signs of hesitations).

A home for Ilonggo artists

Located in the middle of the rice fields in Bita Sur in the town of Oton, Puluy-an Art Gallery is a space where nature provides somewhat of a backdrop for art. There is a river behind the gallery and a small pond at the front of the property.

Much like how Guirhem attributed his technique to his grandmother, he seems to put the family in high regard. His newly-opened art gallery is named ‘Puluy-an”, Hiligaynon word for home. At the gallery, entrance stands two sculptures depicting a male and a female carabao. The female carabao holds a book, and the male carabao holds art materials. Melvin’s wife Recheal is a teacher.

The art gallery was launched with an inaugural exhibition entitled “Home”. Divided into two galleries, the exhibition features more than 50 artists and art groups.

In 1998-2005 when Melvin Guirhem started taking art seriously, the sole ideal exhibition space available to the Ilonggo artists was Museo Iloilo. It was not until 2015 that art galleries and other alternative exhibition spaces opened. Puluy-an Art Gallery is perhaps a sign of the emergence of artist-run initiatives in Iloilo (province). What is interesting to observe in the upcoming programming of this space is how it would affect community-based art, as the gallery interacts with its own community. 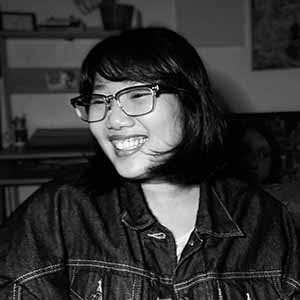 Just like an altar, there is too much to...