Filipinos are fond of keepsakes. Walls of ancestral houses are covered with three generations worth of photographs. Cabinets and desks are topped with figurines from relatives who have traveled places. As a culture that places importance on remembrance, art is a way of remembering. Martin Genodepa’s “Memorial Park: Missing the Crowd” makes the audience remember what it feels like to be in a crowd after a year-long restriction of gatherings imposed by the government to prevent the spread of Covid 19.

Memorial Park: Missing the Crowd is an installation composed of 16 steel sculptures, mounted on a 2 ft x 2 ft steel base bunched together in front of the University of the Visayas’ main building. The sculptures playfully depict the crowd, much like doodles but in steel. Each piece is unique and imitates the crowd’s usual interaction. The artist also invites the viewer to be with the crowd, as the sculptures move when touched.

“Crowding with the positive and negative values has been prohibited in the time of the pandemic and has changed the nature of social interaction of people. That the crowd has become almost a memory is suggested in the tendency of the work to be obscure or visible – depending on the time of the day and the angle from which it is viewed.” Genodepa wrote in the exhibit note.

Perhaps what separates Memorial Park: Missing the Crowd from other artworks done during the pandemic is its attempt to mimic what was lost during the separation and isolation that resulted from the contagion — the feeling of being surrounded by moving bodies even if the bodies are made of fabricated steel. The artwork taps on the shared experience as Filipinos grapple with the collective grief that is gripping the country and somehow creates another shared experience of appreciating how art can capture the spirit of its time. 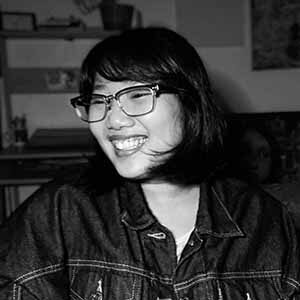 Allyn Canja works for a contemporary art museum in Iloilo City. She is a fellow of the San Agustin Writers Workshop, and co-founder of Poetika.